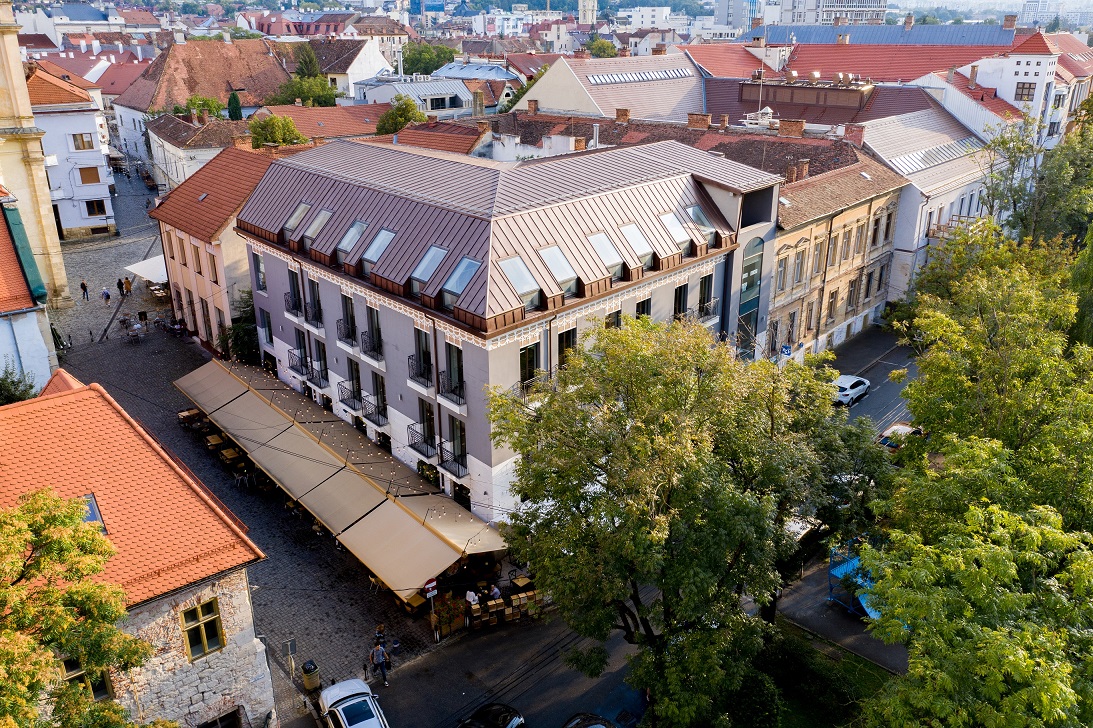 Our Cluj team is settling into their new digs nicely, and during a recent coffee round one of our colleagues casually mentioned that the office was built on top of Roman ruins. So we unleashed our inner history geek and decided to dig a little deeper to find out whether there was any truth to this. TL;DR: Yes, there is.

First, a quick detour to sketch out the Roman history of the region in which Cluj is located. The city lies in a part of Romania well known by literature and horror fans - Transylvania. Needless to say, there are no actual vampires around. Students that can go all night and sleep all day, yes. But hardly blood-sucking creatures of the night.

The ancient Romans colonised the region, which they called Dacia, in around 100 AD, and then stayed for less than two centuries before leaving and/or assimilating into the local population. They left civic and religious buildings, a road network still used in part today - and their language. Fun fact: modern Romanian is descended from the Latin the Romans brought with them, mixed with some vernacular languages and evolved over the millennia into the language spoken today.

During the Romans’ settlement in the region, Napoca, as Cluj was then known, became the provincial capital, along with the trappings of that status. This is the period from which some of the ruins underneath the office date.

They were unearthed during excavations in 2012, and have since been studied and preserved for future generations. The Domus Business Center, in which the Lola Tech office is located, was built over these remnants, carefully incorporating and showcasing the fragments to conserve them.

Exactly what purpose the building had back in its day is still not known, but research on the site has found not only Roman traces but also medieval structures and artefacts. At the end of the day, whatever their past use(s), they are a unique reminder of the long history of Cluj, and we’re kind of proud to be part of that.

Back in the (new) office for the Lola Tech Cluj team

4 organisational initiatives that strengthened our team during Covid